The Cleveland Cavaliers made a bold move by taking not one, but two, point guards with top-ten picks in two consecutive NBA drafts. The situation, even from its early onset, seemed like a questionable idea. Both Garland and Sexton, albeit talented, do not seem like ideal pairings for each other. One is a tunnel-vision, score-first point guard who lacks defensive prowess to make up for his inefficiency. Garland is a better playmaker with a tight handle and good shooting range, though he too lacks the defensive intangibles needed. They seem like slightly modified versions of each other, but Cavs Head Coach John Beilein has stuck with the pairing all season long to see how it goes.

So, how exactly has it gone?

Individually, both Garland and Sexton are not very good defenders to put it lightly. Part of that is due to their inexperience (19 and 21, respectively) but they also do not possess the inherent physical tools to profile as good defenders anyway. Sexton has a defensive rating of 116.6 per NBA Stats, which is actually two points better than last season. He still has issues fighting over screens, though he has bulked up considerably from last season to try and make this less of a problem. With Sexton off the floor, the Cavs actually have their best team defensive rating at 105.4, which is certainly passable.

Garland has issues of his own mostly, again, due to length. He has a defensive rating or 113.9 per NBA Stats but has never profiled as a plus defender anyway. When the rookie from Vanderbilt sits, the Cavs have their third-best defensive rating at 111.2, which is quite a bit worse compared to when Sexton is off the court. So, while neither player is a good defender, things become passable when it is just Garland on the floor.

The real strength in the Garland-Sexton pairing is on the offensive end. Collin Sexton came out ice cold last year in his rookie season but caught fire from beyond the 3-point line in the second half and showed some potential as a consistent threat from deep. That was a surprising development, as he did not possess that ability in his one year at Alabama. He shot 40.2% from deep last season on 3.6 attempts per game per NBA Stats.

This season, on 3.2 attempts per game, Sexton is only making 30%. That is a steep drop off for a guy that only gets to the free throw line maybe twice per game. Sexton’s offensive rating is down slightly, but he is also taking nearly two more shots per game. That level of inefficiency, coupled with a severe case of tunnel vision, should be a cause for some worry.

Sexton simply does not pass the ball, and any notion of him being the point guard of the future needs to be thrown out. He very clearly fits the mold of a shooting guard in terms of volume scoring. His assist ratio is a paltry 10.4, good for 367th in the league per NBA stats. That puts him squarely between Ivica Zubac (a center) and Omari Spellman (backup forward). Garland, on the other hand, is 153rd with an 18.7 assist ratio. While that puts him on par with Terry Rozier, it is not too terrible for a 19-year-old who only played five games of college ball.

Darius Garland is certainly the point guard of the future, and he profiles to fit that role much better than Sexton. While his offensive rating is two points lower than his backcourt mate, Garland has shot the ball uncharacteristically poor. He is shooting 40.5% from the floor overall and 37.2% from 3-point land. He has a good handle and can create space very well and, once he learns to leverage that, will hopefully get more open looks. He needs to develop a floater for running to the rim. While Garland adjusts to NBA length, his shots get contested too easily.

In order to fully see what they have at their disposal, Beilein should consider breaking up the duo in the starting lineup. Sexton profiles as a Sixth Man, and it may benefit the Cavaliers greatly if they attempt to see him in a different role. Cleveland has a 104.9 offensive rating with Sexton on the court, 1.4 points better than with Garland on the court. But, considering how much better the defense is with Garland on the court and, coupled with his better assist ratio, the Cavs could benefit greatly by breaking up the duo. With Sexton off the floor, the Cavaliers have their highest assist ratio and percentage, meaning the ball is simply moving better.

The loss of Kevin Porter Jr. for more than a month to a knee sprain really puts a dent in what the Cavaliers would roll out lineup-wise. With Porter healthy, he could supplant Sexton in the lineup (a potential pairing for the future by the way) and provide a more balanced experience at shooting guard. Porter is more athletic, has an additional three inches of wingspan than Sexton, and is a better passer. Porter has an assist ratio of 16.5% according to NBA stats and has shown the ability to make smarter passes, like this one where he gets to the paint and finds Tristan Thompson:

This differs from Sexton who has a bad case of tunnel vision, like on this missed opportunity for a wide open Cedi Osman: 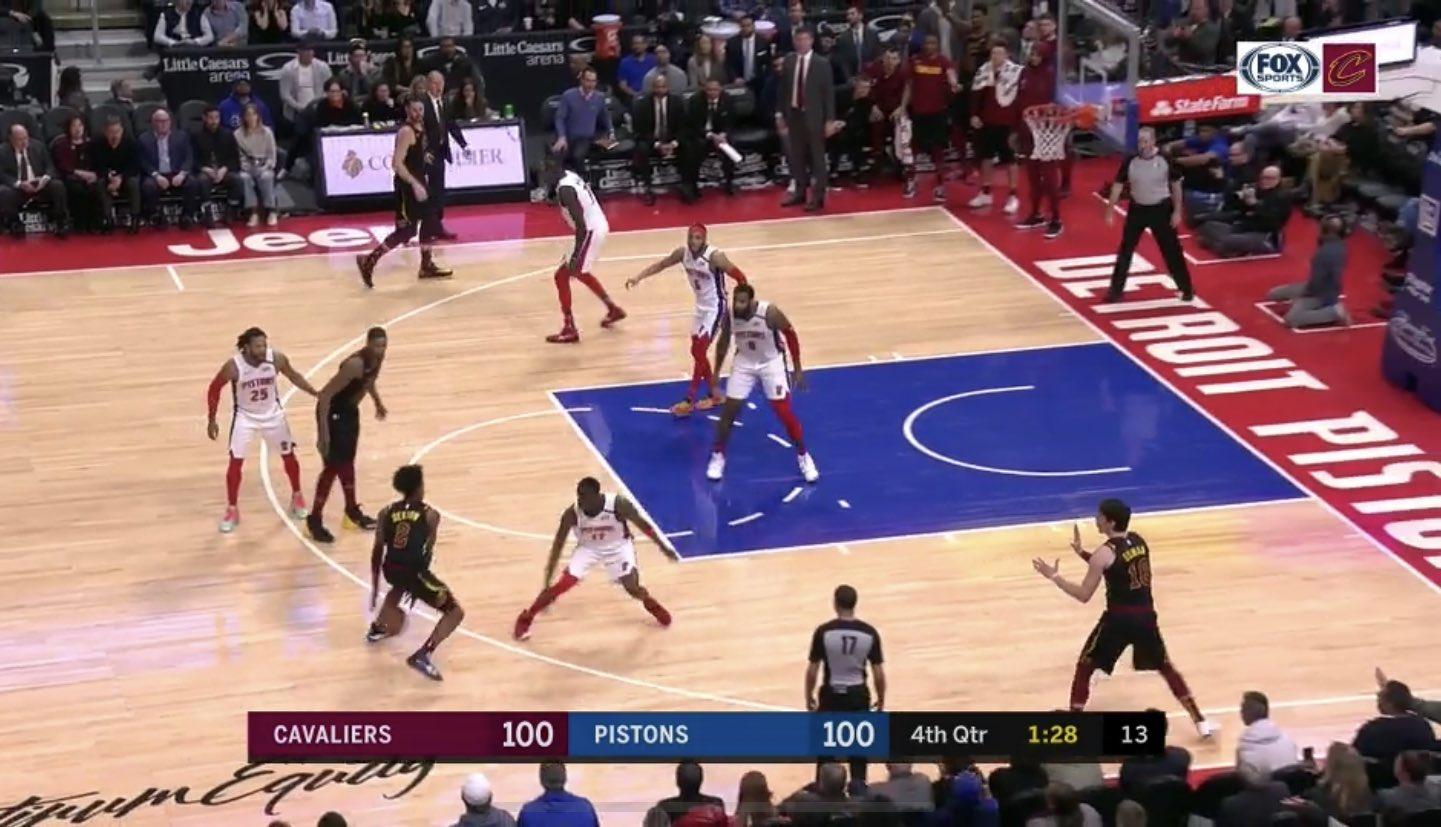 Regardless of your thoughts on Sexton, who is still a very fun player and one of the fastest players in the league, Cleveland needs to be thinking long term. Part of their evaluation process needs to be what the team looks like with these players in different roles. Sexton as a bucket-getting bench player has a lot of value to the Cavs, much like Jordan Clarkson was.

Instead of simply trying to stick a player in a starting spot because he was a lottery pick, there should be some tinkering to see how things look. Cleveland is not making the playoffs this season and is unlikely to next year either. With a guard-heavy NBA Draft on the horizon, Cleveland needs to see what they have in Sexton. If not a starter, then there may be something else. But the team will not find out by continuing to try and squeeze a square peg in a round hole.

2021 All-Star Rosters, KP Rumors, and the 2nd Half Schedule

Celtics Lab 31: What's wrong with Boston - and who's to blame?