As we head into the hot and dry month of August, over at Off the Glass we are pushing out more new content to keep you occupied this summer! On this week's roundtable the OTG staff make their picks for their least favorite free agent signing. Chris Paul, Houston Rockets Photo Courtesy of Slamonline Dennis Dow - @dennisdownba Chris Paul is the elite of the elite point guards in the NBA. However, he is 33 years old and has missed more than 20 games the last two seasons. At the
OTG Staff

All year we’ve watched the best of the best play this wonderful game of basketball. Now, we’re on the final quarter stretch of this season and the playoffs are almost here! With the playoffs just about here, the award race conversations will be more prevalent than before. The OTG staff is here to bring you our selections for all of these races. Jacob Hirsohn - @JakeHirsohn Rookie of the Year: Ben Simmons Ben Simmons and Donovan Mitchell are two very different players who are
OTG Staff

Should the Cavs trade Kyrie Irving?....... Well, they already did but here are our takes anyway. Dicky Fung - @fungo24 Simply put, the answer is no. Trading a player of Kyrie Irving's caliber will not improve the Cavaliers chances of winning another championship. Needless to say, Cleveland will also have a hard time getting equal value back for their All-Star point guard, especially if the whole league has been put on notice that Irving isn't on good terms with teammate LeBro
OTG Staff

With the playoffs approaching, see which teams are getting hot at the right time. #NBA #Basketball #NBAPowerRankings #PowerRankings #Rankings #OTGStaff
OTG Staff

February was a pretty interesting month for the NBA. The month had its fair share of drama, trades and injuries. We saw Shaq and Javale Mcgee get into on Twitter, Paul Pierce and Draymond Green exchange shots at each other's legacies, and one of the worst dunk contests of all-time. The New Orleans Pelicans were able to pair Anthony Davis with superstar DeMarcus Cousins. LeBron James was able to get his playmaker and some more depth. While on the other side of the NBA, the Gol
OTG Staff

We are now past the halfway point of the NBA season, and still don’t know if anyone can really beat the Warriors in a seven game series. LeBron wants a playmaker, and he wants one now. James Harden is trying to prove the Rockets are really contenders. All-Star RESERVE, Russell Westbrook is averaging a triple-double. Phil Jackson wants Carmelo out of New York. Joel Embiid has carried the Sixers out of the basement and is talking playoffs in Philly. But without further ado, her
OTG Staff

Our staffs tell you who was snubbed as an NBA All-Star starter. Jonathan Ebrahimi (@awrashoo) : For starters, I think we all agree that Westbrook was snubbed this year. He’s keeping a largely under-talented Thunder team in the thick of the playoff hunt and is putting up historically great numbers to do it. Out East, there are two players I feel have been overlooked. For starters, Isaiah Thomas has been having a wonderful season for Boston. His team is winning and he’s the mai
OTG Staff

With the NBA Offseason finally cooling off, we ask our writer, “what was your favorite move this offseason?" Ziad Aziz *Photo via Mavs.com - After Kevin Durant swiped right and matched with the Golden State Warriors, utter pandemonium ensued, equivalent to that of the Hindenburg in 1937. Fans everywhere, of all NBA teams (besides the Warriors), acted like a throng of acrimonious ex-girlfriends, exclaiming that Durant had “sold-out” to join a bitter adversary. Yet, as the mob 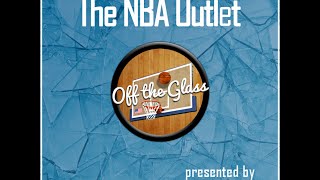 We all have those athletes we can’t stand. Whether it’s because of their play, their off the court transgressions or simply because they’re ugly; yes, we are a shallow breed. With that in mind, we decided to ask our contributors: Who in the NBA deserves a big fuck you? Romana Bholat (@Ro_ma_na) - It’s strange to absolutely despise someone that you’ve only seen through a TV screen; someone that you know very little about but would rather not know at all. For me, even seeing a
OTG Staff